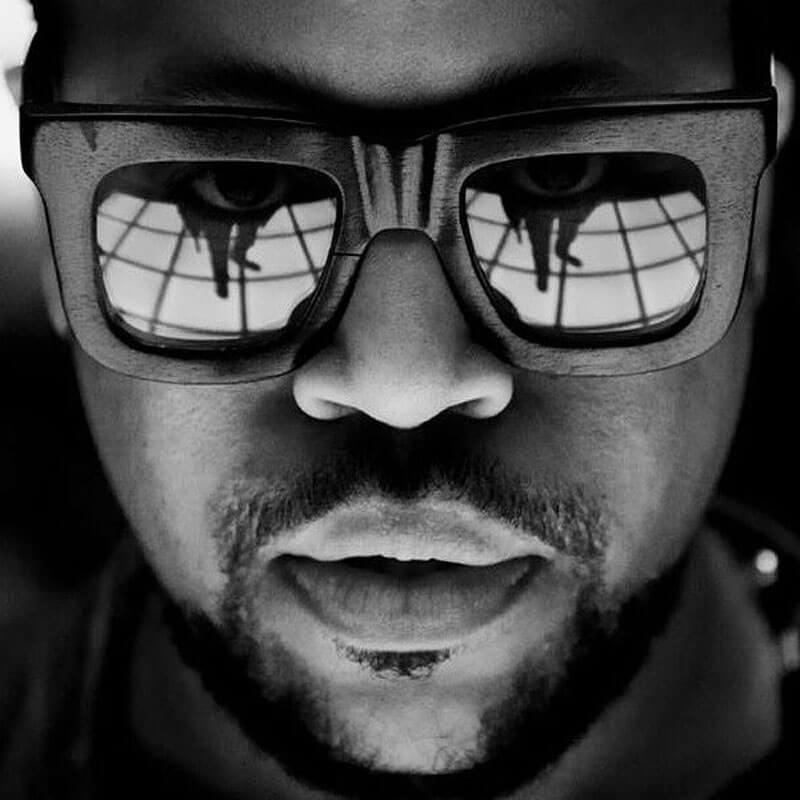 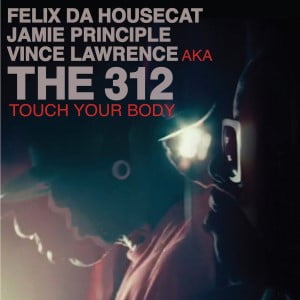 Felix da Housecat’s 2001 album, Kittenz and thee Glitz, turned the dance music world on its side as his collaborations with the now infamous Miss Kittin on “Silver Screen” and “Madame Hollywood” and Melistar on “Harlot” and “What Does it Feel Like” spawned a synth club revival. Along the way, Felix gained mainstream press acceptance and was heralded by Entertainment Weekly, Rolling Stone and Spin as one of the most creative artists in music today.

With DEVIN DAZZLE AND THE NEON FEVER (2004, Emperor Norton), Felix once again has sewn together an album a la hip-hop’s Dan The Automator and Prince Paul which taps the talents of varied producers and vocalists and creates a thoroughly enjoyable ride. Boasting guest vocals from James Murphy of DFA/LCD Soundsystem (“What She Wants”) – “He’s a cool white boy with lots of funk,’ states Felix, Tyrone “Visionary” Palmer (“Ready to Wear,” “Neon Human”), Kate Wax, and an all-girl group known as The Neon Fever (“Rocket Ride,” “Short Skirts,” “Everyone is Someone in LA,” “Hunting Season”) Devin Dazzle and the Neon Fever transcends simple dance, rock or pop music.

While Kittenz had it’s framework squarely built upon DJ and club culture, Devin Dazzle and the Neon Fever is an album built upon punk/post new-wave culture and is deliberately more song oriented. To accomplish this Felix took a new approach. “I decided I wanted to use live musicians for this album,” Felix explains. “I got so tired of the arpeggiated bass lines everyone’s using, so I went out an got proper live musicians. I play keyboards because I really wanted to get a live feel for this record.”

Talking about some of the cast of characters he enlisted for the album, Felix relates how each had an effect on the superego of the album. The tracks on Devin Dazzle fluctuate between an upbeat spiritual side versus the temptations of the excess of nightlife under neon lights – partying and sex.

The Neon Fever (formerly known as Glamarama) represents the latter. “The Neon Fever are five girls from around the world that represent five different types of women,” states Felix, “I wanted to capture their individual personalities within the lyrics and make their voice a collective through each song. I wanted to capture the inside scoop of guys looking into a woman’s world. I think the result is some lyrics that aren’t what guys would typically write.”

Felix’s Kittenz cohort, Dave the Hustler, introduced Felix to Kate Wax. “I was real impressed with her because although she is a talented and impressive producer in her own right. She was willing to listen and work to improve with me. She’s real pretty and ambitious and for her to go with the vibe it was amazing. ‘Let Your Mind Be Your Bed’ is just the tip of the iceberg given her talent.”

“Tyrone ‘Visionary’ Palmer was the spiritual leader of the entire album and kept me writing about things that were meaningful. He brought a good balance to the record,” relates Felix.

Over the course of 20 years his determination and willingness to re-invent himself have led him to a point that has now included a Grammy nomination, remix work for artists such as Madonna, Garbage, New Order and Giorgio Moroder; to DJ gigs at the world’s most prestigious music festivals. Born in Detroit in 1971 and raised in Park Forrest, outside Chicago, Felix Stallings, Jr.’s earliest influence was his father, a saxophonist who turned him on to classic ’70s funk and soul by artists like Stevie Wonder and Earth, Wind & Fire. His next major musical epiphany came about when Purple Rain dropped and he became the keyboardist for Shades of Blue, a band that covered Prince & the Revolution songs.

In Chicago during the early ’80s, the House music revolution grabbed Felix’s attention. For Felix, it centered around Chicago’s 102.7 and the pioneering Hot Mix DJs. “I remember listening to Farley ‘Jack Master’ Funk, Mike ‘Hitman’ Wilson, Micky ‘Mixin’’ Oliver, and Kenny ‘Jamming’ Jason,” Felix says rattling off the city’s House pioneers. By 14 he too was recording house music on his four-track. A school friend introduced him to DJ Pierre who he collaborated with on their classic house track “Phantasy Girl”.

But Felix’s tastes weren’t limited to a single genre. His senior year he played in Uncut, a band with an R&B-like vibe. After graduation he enrolled at Alabama State and began making hip-hop. After two years in the Deep South (an experience he compares to “prison”) he flunked out. In 1991, Felix moved into his parents’ basement, studied audio engineering at Columbia College and worked at Eduardo’s pizzeria. “It was rough,” he says. “I hated those ovens and I kept thinking something’s got to give.”

What finally gave was Pierre’s once-in-a-lifetime offer. “Once I got to London and saw all those punk rockers,” Felix says, “I thought `this is where it’s going to happen.'” Armed with a box of DATs, Felix made the rounds. “It was crazy,” he says, “I’d walk into a label cold, play a track, and they’d sign it!” He quickly sold “What’s Love About” to Freetown Inc and “Thee Dawn” to William Orbit’s Guerilla label and returned to the states with more money then he’d ever seen. In 1992 “Thee Dawn” became a European smash and Felix blew-up overseas. “I was producing a track a week for different labels,” he says. The next year, the success of “Thee Underground Made Me Do It,” and “In Thee Dark We Live,” helped further cement his fame. The latter track, released under Aphrohead, was just one of Felix’s many production aliases which would come to include Wonderboy, Rocketmann, Outerrealm, Thee Glitz and Thee Maddkatt Courtship.

Felix scored an album deal with Deep Distraxion in 1993 and dropped By Dawns Early Lite, one of the first full-length dance music artist albums ever. Unlike other dance artists, Felix didn’t start DJing until midway through his career. “My first DJ gig was in London in 1994 and it was horrible,” he says laughing. “I was train-wrecking all over the place.” (Now, of course, with DJ of the year honors from Spin and Urb it’s a different story.) In 1995 Felix started Radikal Fear records with European distributor Play it Again Sam. Between 1995 – 96, he made four full-length records Alone In The Dark, Metropolis Present Day? Thee Album, Thee Underground Made Me Do It and Rocketman.

In 1997, Felix released the import-only I Know Electrikboy by Thee Maddkat Courtship, an album that despite its limited release, earned Felix reams of fawning press. That same year he played Switzerland and met Miss Kittin and Dave the Hustler. “We got along great and went into the studio and got all silly,” Felix explains.

The realization of their “silliness” was one of the most influential dance music releases of the past decade. ”Nobody expected it,” says Felix of Kittenz & Thee Glitz’s meteoric success, “but it just took off.” It’s Moroder-indebted beats, funky synth lines, and insouciant L.A.-meets-Eurotrash vocals captured a moment in time when, after a period of political turmoil, people simply craved “endless pleasure in a limousine.” In addition to adoring reviews in The New York Times and Rolling Stone, Kittenz won album of the year honors from Muzik Magazine and Dancestar USA.

Post-Kittenz, Felix has become one of the most sought after remixers and producers on the planet reinterpreting songs by everyone from the Pet Shop Boys to Kylie Minogue to Nina Simone. In 2003 he was nominated for Grammy Award for his mix of Rinocerose’s “Lost Love,” released two mix albums entitled Excursions and Bugged Out and began working with artists like P-Diddy, who were eager to tap his prodigious production skills.

With all that said, one inevitable question remains, where did the name “Devin Dazzle and the Neon Fever” come from? Felix being Felix, has an answer for everything: “Devin Dazzle is a character fascinated by the nightlife,” he says “Every time he sees neon lights he gets the fever. But Dazzle has a friend named Neon Fever who’s a bad influence on him and is everything opposite of Devin.” So, might this be an autobiographical album? “It’s something personal” he says, “and I’m not gonna tell.”